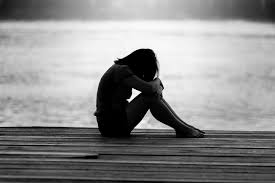 Is depression knocking on your door? Understanding how this malady slowly takes over your whole life is the best way of addressing it.

COVID-19 is scary. However, the consequences from the COVID 19 is far beyond the health but mental health. Many people seep into depression during depressing during the movement control order (MCO), but they are not aware that they have depression.

The simple fact is that depression has become one of the most common psychological disorders around the world today. It has now reached epidemic proportions in industrialised societies and is increasing at a very high rate in developing countries too.

The main symptoms of depression include changes in emotional states, changes in motivation and the way you function, and also cognitive changes.

Emotional changes include mood swings like feelings of sadness, gloom, pessimism and fear. This is generally accompanied by bouts of crying and tearfulness.

Depressed people feel the world is dull and meaningless. The world is colourless, and the only colour in their mind is gloomy black.

Motivationally, the depressed person loses interest in doing anything. He or she may find great difficulty getting out of bed in the morning or being motivated to go to work.

They have diminished interest or pleasure in all or most activities, most of the day, nearly every day. Nothing spurs their interest.

So, functionally they become significantly impaired, failing to do things they previously excelled in.

This decreased ability of functioning is also related to cognitive changes. The depressed finds difficulty in concentration and clear thinking. Their thoughts are dominated by negativity, guilt and lack of self- esteem.

They may also seem to have become retarded in their movements and may sleep too much or too little, generally waking up too early or too frequently – with difficulty in falling asleep again. 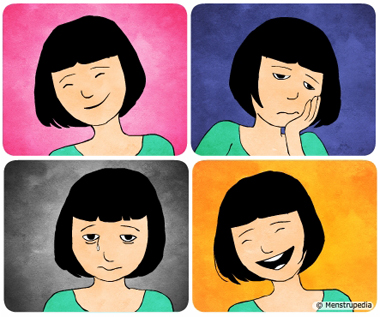 These types have since been renamed in most modern classifications of mental illness, but the earlier typology is more precise and probably more accurate.

Normal depression is the more common type of afflicting most people. Most of us, from time to time, pass through periods of sadness. We feel down in the dumps and lack our usual ability of concentration and creativity.

However, this change in mood passes away quickly, and we return to our happy, hard-working selves eventually. So, if you find yourself in a dejected or sad mood, with no interest in everyday activities that you usually enjoy, do not jump to the conclusion that you are suffering or are beginning to suffer from depression.

The second type is known as reactive depression.    It is caused by a catastrophic incident in one’s life, such as the death of a close relative, failure in an exam or loss of money. Sadness, pessimism and negative thoughts are more severe and can last for much longer.

To give you, readers a personal example, I will mention the case of my mother. She came down with depression after my dad passed away.

When we bought her a new mattress, she kept complaining that the previous one was softer and that the new mattress was too hard and she couldn’t sleep at night. Of course, insomnia was one of the symptoms of her depression.

We once brought her out for lunch, but no matter which restaurant we went to, she felt that the food was not delicious. The negative thoughts she experienced because of the grief over my father’s death was, in fact, generalised to everything.

Fortunately, this type of depression is treatable by taking anti-depressant drugs such as fluoxetine, paroxetine, doxepin, phenelzine and tranylcypromine. Cognitive therapy by itself or in combination with drug therapy may also help.

The third and most severe form is termed endogenous depression. In modern terminology, this may also be identified by terms like significant depression or unipolar depression.

The symptoms that we have mentioned earlier are greatly exaggerated in this form of depression, and the patient suffers from them during most of his waking hours.

This disorder may be relatively sudden in onset and may have no apparent causes, or the cause may be too trivial in comparison to the significant depressive response. That is why it is believed to have biological roots of changes in the chemistry of the brain.

People who are suffering from this type of depression are unable to perform their usual duties and are often treated as in-patients in hospitals. 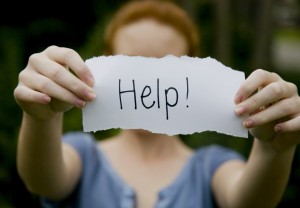 To be sure whether it is actually depression that is knocking on your mental door or not, you must be able to differentiate between normal sadness and depression.

Both sadness and reactive depression are caused by your loss of something or someone dear to you or your inability to get an object or position you have been aspiring for.

You may lose some money, fail to get the profit you expected in a business deal, fail in an examination in college or lose an old aunt by her death.

After movement control order, the people emotion is mixed between worried and depressed especially those people who got retrenched by the company.

In all these experiences, people would feel sad or very sad, but they will eventually return to their usual selves in a few days. I have conducted a survey in “Survey Monkey”, and I realised that a lot of people had symptoms of this form of sadness or normal depression.

However, when the loss involves the death of a close relative or the failure in the pursuit of a higher degree or the breakdown of a love affair – and when it is accompanied by negative thoughts, guilt and self-blame such as “I am a failure or nobody love me” – and if this state does not diminish over time, you should not dismiss it as normal sadness.

The metaphorical knock on your mental door then should be that this may be a reactive type depression. You may need the help of a cognitive psychotherapist or some uplifting anti-depressant drugs. The sooner you receive such treatment, the better would be your prognosis.

But if the onset is rather sudden with very severe symptoms that overwhelm you without any real severe cause, and if you find no pleasure at all in any activity, and life seems to be intolerable, and you contemplate suicide, then you should realise that a significant depression has probably sunk into you.

There is no way out of it unless you submit yourself to intensive treatment by major tranquilisers or even electro-convulsive therapy.

If the abovementioned does not work, you may need the assistance of your relatives or close friends. 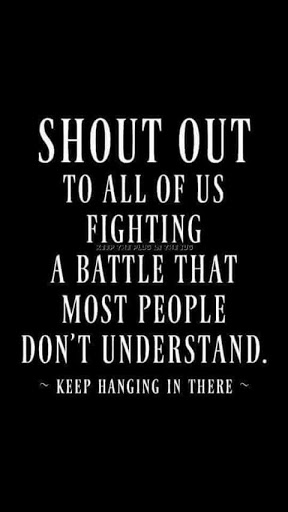