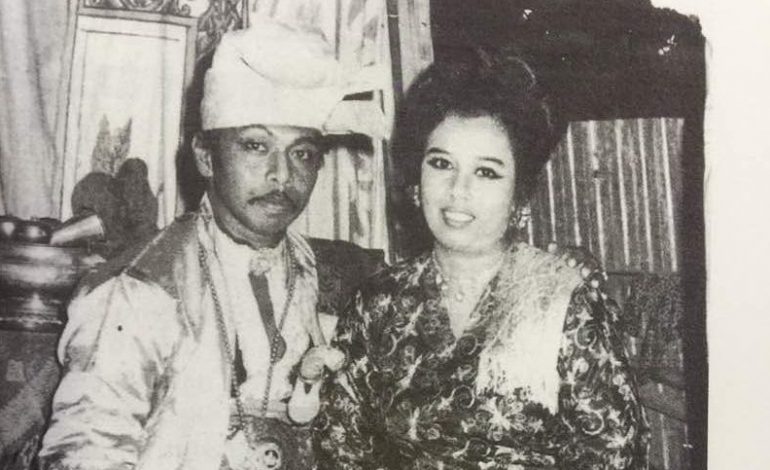 A family album snapshot of a young Rahman B with his wife, the late Rohaya B. Photo: Rahman B
Source : Star2

Rahman B has but one wish before death comes-a-calling. He wants to showcase a full-fledged production of the Bangsawan. Call it a grand finale. Or a curtain call. He is after all 83 now and not in the best of health. He has a pacer to monitor his heart.

But his passion for the genre that has defined him never diminished. He is the last of the Mohicans in the world of the Bangsawan. He is the last tokoh (a person of prominent) in the dying theatrical genre. He is also the last link to the grand old theatre style.

Bangsawan is a traditional Malay opera that encompasses drama, dance, music that started in the early 20th century.

Before Malay cinema made its mark, Bangsawan was the glamorous performing art. In fact in the early years of Malay movies, many of the actors and actresses were recruited from Bangsawan.

Rahman B, real name A. Rahman Bakar, was born to a Bangsawan family. His father Abu Bakar Ismail, better known as Bakar B, started at the age of 18 performing with Dean Star Opera, a famous Bangsawan troupe at the time. He was already the “orang muda” (the actor playing lead character) when he joined another group Ruby’s Opera. Rahman B is the eldest of Bakar’s three children. All three were literally “anak wayang” (children of theatre) for they were born while their father’s troupe was touring the country. Not surprisingly, all three became Bangsawan performers, legends in their own right, and the trio – Rahman B, Rahim B and Rohani B – became the best known siblings on the Bangsawan circuit.

Bakar M later started his own troupe in 1937, believed to the first that was fully-owned by a Malay. He named it Rahman Star Opera after his first born. During the Japanese occupation, Bakar M was forced to set up Ohaiyo Gozaimas Bangsawan, performing propaganda plays for the Japanese. Rahman Star Opera survived until 1957 when Bakar M decided to start a new troupe Bintang Timur Opera. 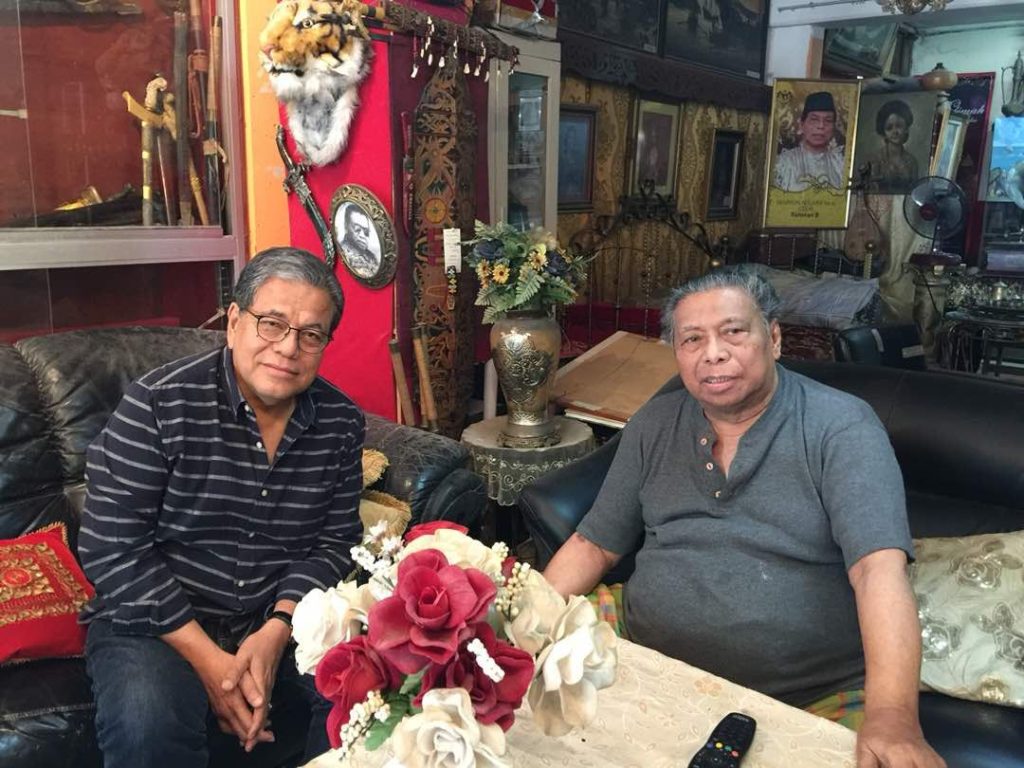 The writer with Rahman B (right) in his Kampung Baru home in KL recently.
source : Star2

It became hugely popular for almost a decade. Rahman B was the hero, his brother Rahim B normally played the villain and Rohani B, the “seri panggung” or prima donna, was the heroine.

As I have narrated in my book Jejak Seni, fate has it, they performed in my kampung Sungai Balang Besar in Muar for months on end in late 1964. The site was next to my house. I was in standard five at the time and was the only boy in the vicinity to run errands for the actors and stage hands. Bangsawan is a very stylised genre replete with stunning set pieces, colourful costumes and nuanced acting. I was fascinated by it as I was to Wayang Cina (Chinese opera) or potehi.

But Bangsawan’s popularity was already on the way down. Malay cinema was enjoying its golden years. Many Bangsawan players migrated to film.

Rohani B was prettier than most film stars at the time and I am sure she was tempted to join the Malay Film Production (MFP) of Cathay Keris-Film in Singapore. She stayed on since she was the star attraction in her father’s troupe.

They lost everything that year. With audiences dwindling in numbers, bills unpaid and debt mounting, they had no choice but to leave my kampung, leaving everything behind – all the props and sets. It was a tragedy that impacted heavily upon Bakar B and the children. They never recovered from that incident. Despite gallant efforts by Bakar B and his children, Bintang Timur Opera was never able to be revived. 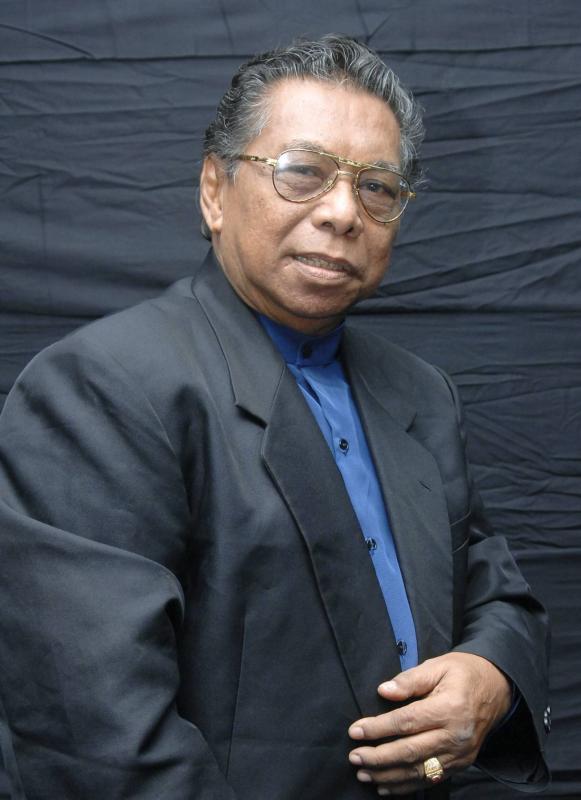 Rahman B believes there should be a Muzium Bangsawan to keep the history of Bangsawan alive.

Some of the props and costumes were salvaged by a village teacher Cikgu Misdi Abu Bakar. He started a Sandiwara group, which I was involved in script-writing and acting during my school days. Many years later I was involved with the late Krishen Jit to organise the Universiti Malaya Theatre Festival in 1979. I was entrusted to direct a play by Shahrom Hussein called Si Bongkok Tanjung Puteri.

I appointed Rahman B as my adviser. Imagine his shock when he noticed some of the costumes and props we used for the production were that of Bintang Timur Opera’s.

There is a special place for Rahman B, his siblings and Bintang Timur Opera in my cultural life. I have seen how they struggled to survive in my village. And as I am closer to Rahman B now, I realised how important it is for him to revive the genre.

Bangsawan is in his blood. Of course he is a purist. He is easily irked watching some productions which he believes degrades the genre. Rahman B has spoken to many parties on how to preserve what’s left of the Bangsawan props and costumes. For now he keep them in his Kampung Baru home. He believes there should be a “Muzium Bangsawan” to keep the history of Bangsawan alive for the young to learn.

The grandeur that was Bangsawan is lost. But in Rahman B it is very much alive. He is after all the recipient of the coveted Anugerah Seniman Negara in 2003 for his contribution to culture.

However, accolades mean little for the Bangsawan legend, he wants to stage the best, the biggest and the most authentic Bangsawan production ever before he closes his eyes.

His dream for now remains a dream.

Johan Jaaffar’s love for the arts has not faltered despite his media and corporate years. He has just published a book Jejak Seni: Dari Pentas Bangsawan Ke Media Prima Berhad about his 50-year incredible journey as a stage actor, playwright and director.