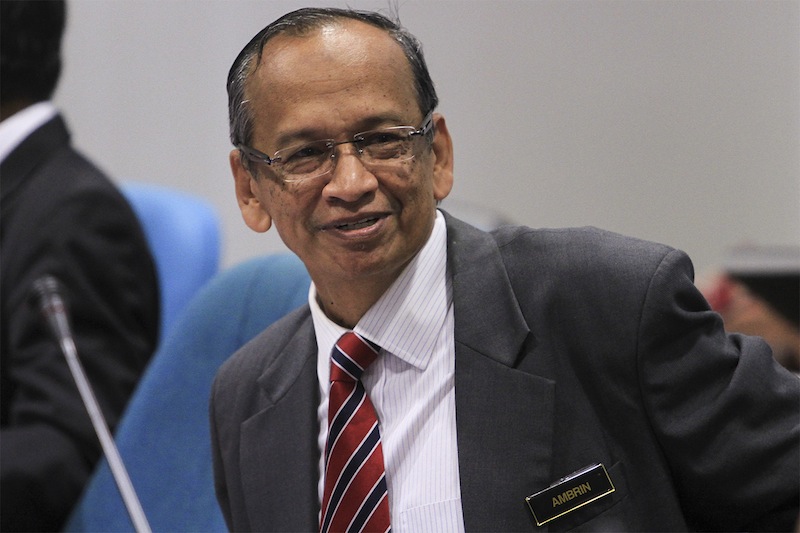 “They asked for my opinion. They consulted me. For the need of the nation, why not?” he told Malay Mail when contacted today.

Prime Minister Tun Dr Mahathir Mohamad had announced the Cabinet has appointed Ambrin as the chairman of the newly set up Special Investigative Committee of Administrative Affairs, Procurements and Finance.

“We have to see now what kind of tasks are there actually. Although I heard that we are going to focus on the Ministry of Defence. So we will see.

“The government wants us to come. There is no reason not to oblige. I have been a government servant for many years, so it’s very natural [to go back],” he said.